RuPaul’s Drag Race Werq The World has visited 95 cities across 28 countries over 5 continents. Now the largest drag show on the planet jumps from stage to screen for a massive global fundraiser to help displaced local drag entertainers who have lost their source of income due to the COVID-19 shutdown of bars and clubs!

Past Episodes on Demand 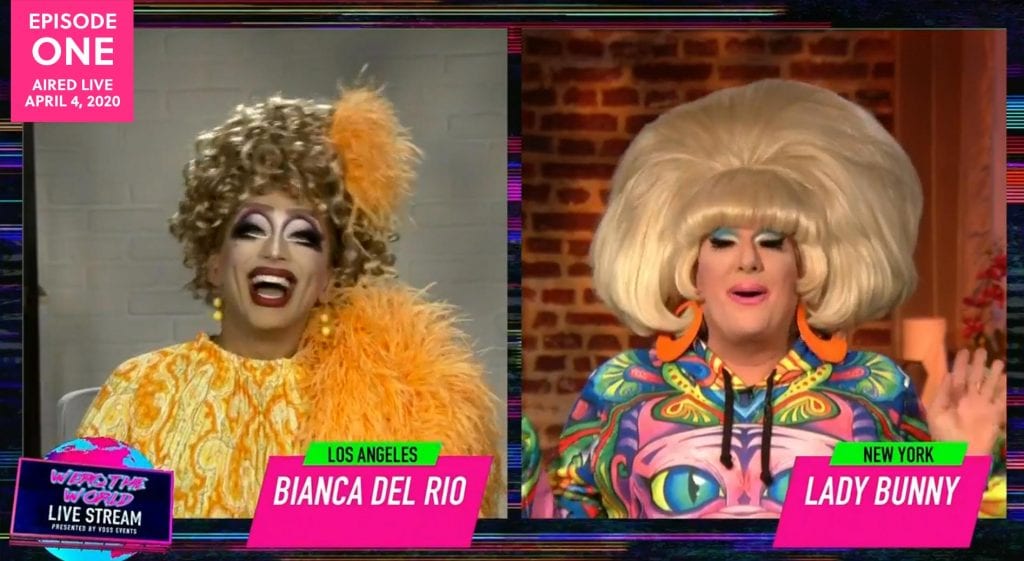 The biggest names in drag battle in lip sync and runway challenges live on stage! And the largest audience in drag herstory chooses the winner in this interactive global benefit.
Watch Episode 2